Siedliszcze  (שעדלישטשע)
About Siedliszcze and its Jewish Cemetery
According to the POLIN Museum, the Jewish cemetery in Siedliszcze was established in the second half of the 19th century. The last burial at the cemetery took place in 1945. During the Nazi German occupation of World War II shootings of the Jewish population took place at the Jewish cemetery, which  the Germans subsequently destroyed. They used sand and tombstones from the cemetery to build roads.  Some of the tombstones that survived were stolen by local townspeople after the war. Dr. Aleksander Bałasz arrived in Siedliszcze post-war and led an effort to plant trees on the site. Today the cemetery is an overgrown woodland. No tombstone survived to this day on the cemetery grounds. Yet, in recent years five tombstones and parts of another two headstones that had survived in the area at large were collected. These tombstones are kept at the nearby National Heritage Park at Szpitalna Street.

The Planned Memorial
This project has been initiated by members of the Niderman and Hochman families. The Studnia Pamięci ("Well of Memory") Association (a volunteer-run non-profit organization) based in nearby Lublin has since been working to build a memorial on the devastated cemetery grounds in this town along the route from Lublin to Chełm. The town government and the Rabbinical Commission on Cemeteries of Poland have approved the construction design shown in the illustration below. The work is being led in Poland by Agata Radkowska-Parka, with the encouragement of descendants of the town's Jewish community. The goal is to provide a permanent memorial to those buried in the cemetery, to commemorate the victims of the Shoah and to restore dignity to the location. The work will include cleaning the cemetery, building the monument, creating a walkway and stairs, installation of a plaque, and renovation of recovered gravestones. The estimated cost of the project is US$23,000.
Friends of Jewish Heritage in Poland is an IRS-approved 501 (c) (3) public charity qualified to receive tax deductible gifts and Qualified Charitable Deductions.
​Please click on any "Donate" button on this page to make your donation via credit card or Pay Pal. To learn more about how donations are handled or to donate by check please click here. 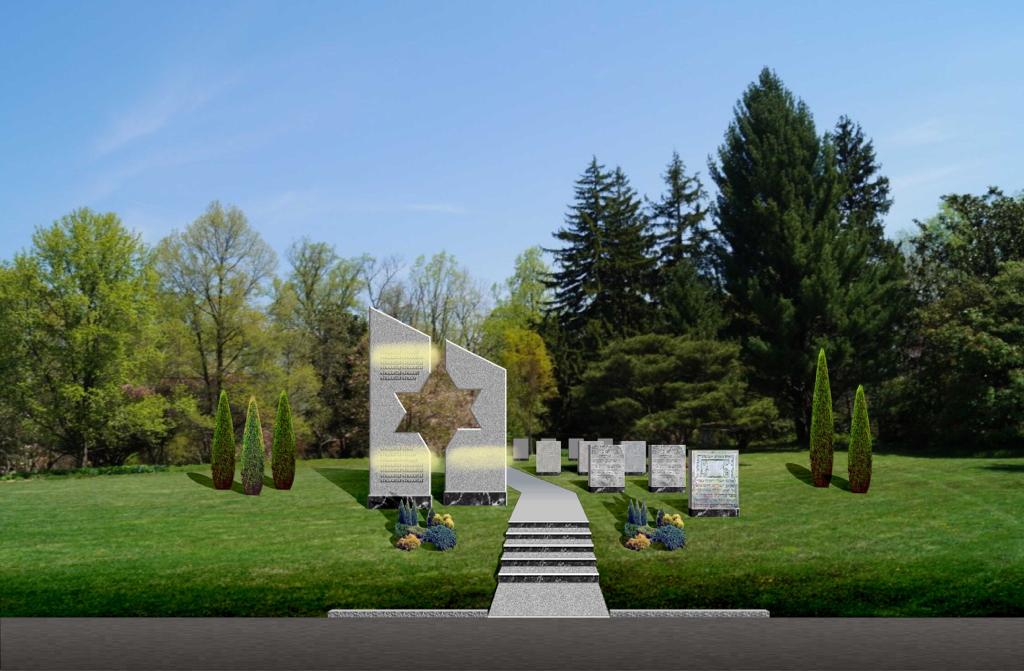